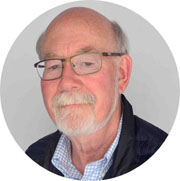 Director and President, Bruce Cameron, MBA, Dalhousie University. Bruce is Principal Consultant with Envigour Policy Consulting Inc., working on strategic energy policy projects in the realms of electricity, efficiency, distributed electricity technologies and markets, energy data and information as well as energy economic development initiatives, with a focus on tidal. Until his retirement in 2016, he was the Executive Director of Electricity, Renewables, and Efficiency with the Nova Scotia Department of Energy. In this role, he led a team that helped develop Nova Scotia’s energy innovation, regulatory, and research agenda for marine renewables. 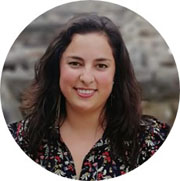 Director and Vice-President, Tattiana Hernández-Madrigal, Postgraduate Research Student, Cardiff Marine Energy Research Group, School of Engineering, Cardiff University. Tattiana does research in Cardiff University in Wales, she is doing her fourth year of her Ph.D. on tidal stream technology devices operating in low speed flows with the use of Computational Fluid Dynamics. She is the Research Coordinator of the International Network on Offshore Renewable Energy (INORE) since September 2017, she has worked in project developments for biomass power plants in Central America and is currently collaborating with the Costa Rican Institute of Electricity (ICE) for the development of marine energy in the region. 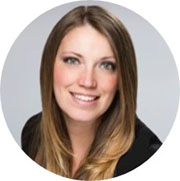 Director and Secretary, Elisa Obermann MPA, Dalhousie University. Elisa joined Sustainable Development Technology Canada (SDTC) in June 2018 as Manager, Atlantic Partnerships. In this role, Elisa builds relationships with federal and provincial governments, associations, investors, and other stakeholders to support the growth of cleantech companies in the region. Prior to SDTC, Elisa was Executive Director at Marine Renewables Canada, a national association focused on advancing the wave, tidal, river current, and offshore wind energy sector in Canada. Elisa has also designed, and led, engagement and outreach activities to grow knowledge and support for marine renewable energy development. 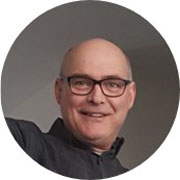 Director and Treasurer, Dana Morin. Dana is the former President of community tidal energy proponent Fundy Tidal Inc., past Chair of the Fundy Energy Research Network Socio-Economic Committee and Past Chair of the Marine Renewables Canada (MRC). Dana also served as the Treasurer of MRC’s predecessor, Ocean Renewable Energy Group (OREG), and as Treasurer when it was incorporated as a national association and renamed Marine Renewables Canada. 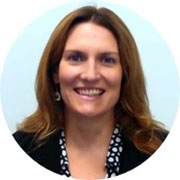 Director, Sandra Farwell, BSc. MPA. Sandra is Director of Marine Renewables and Clean Growth with the Nova Scotia Department of Energy and Mines, where she is responsible for policy and program development in the marine renewable energy and clean growth sector. Sandra plays a key role in engaging industry, stakeholders, researchers, and governments to advance the development of the tidal energy industry in Nova Scotia. She is also the provincial government member on the Board of the Fundy Ocean Research Centre for Energy (FORCE). 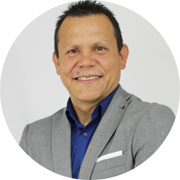 Director, José Rodrigo Rojas Morales, Ph.D. Rodrigo is an energy and environmental specialist with 20 years working for the Costa Rican Institute of Electricity (ICE). He currently leads the task force on innovation, the observatory of energy foresight and member of the expert team for development of a non-conventional renewable portfolio. In the last number of years, he has been coordinating the Costa Rican ocean energy roadmap and recently is the national coordinator of Pan-American Marine Energy Conference PAMEC-2020. He is also a lecturer in the ecology department of the National University of Costa Rica and thesis advisor on energy and environment subjects. 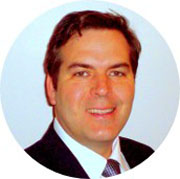 Director, Tony Wright, B.Eng., MBA. Tony is General Manager of the Fundy Ocean Research Centre for Energy (FORCE) in Nova Scotia’s Bay of Fundy. FORCE is Canada’s leading facility for “in-stream” tidal turbines, designed as a catalyst to the safe development of this new clean energy technology. Located in the Bay of Fundy’s Minas Passage, home to the highest tides in the world, FORCE conducts research, installs marine monitoring equipment, and supports turbine deployment at the FORCE site. Prior to assuming the role of General Manager, Tony served as FORCE’s Director of Marine Operations, and before that as a naval engineering officer in the Royal Canadian Navy.

A PDF version of this page is available. PAMEC.EnergyBoard_ 2018